What the Hack 2018. Around the 16 Most Impressing Hacks - XB Software

What the Hack 2018. Around the 16 Most Impressing Hacks in One Day

Aleksandra Dikusar
Content Marketer
Reading time: 10 min
0
Home Blog What the Hack 2018. Around the 16 Most Impressing Hacks in One Day

In November 2018, the annual What The Hack (WTH) hackathon was held at the IMAGURU Startup Hub in Minsk. The primary objective of this event stays the same during the years. The most creative developers get together and share their ideas with the audience. All teams have 44 hours to create their projects. It can be anything from a mobile app to a robot. The only important criterion is to remain creative no matter what. Today, we’ll take a look at the most impressing projects of What The Hack 4.0

The Most Useless Piece of Code. Raspberry-based Grid Layout Creator 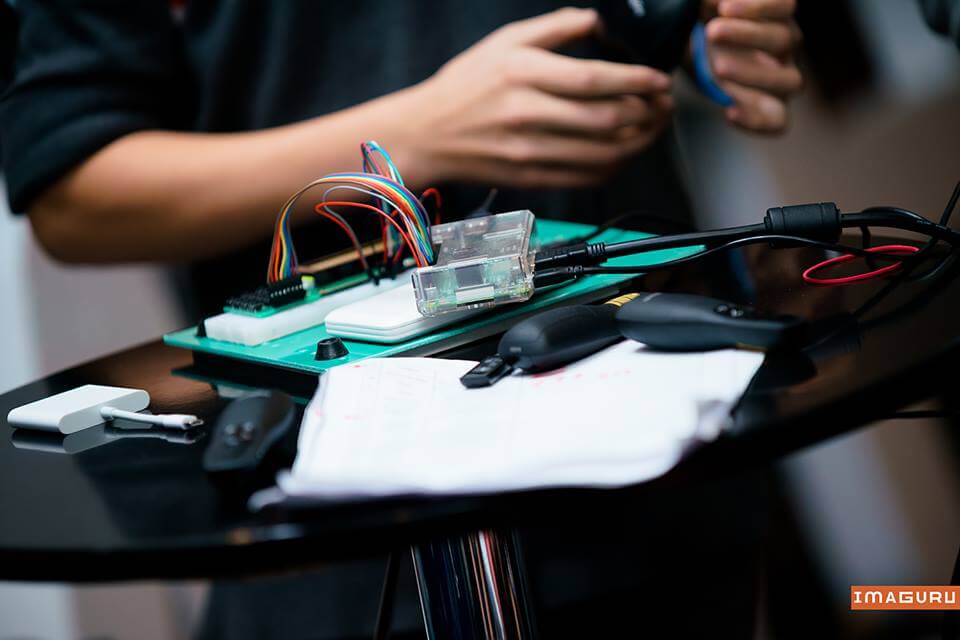 The Grid Layout team created a device based on Raspberry Pi that allows using grids to create layouts with bare hands. Literally. There’s no need to use a mouse, keyboard, or even a monitor. A minimalist device with an LCD monitor and a couple of buttons is all you need to create a web page.

The Loudest Hack. Don’t Forget to Launch This App if You Forgot to Buy a Ticket 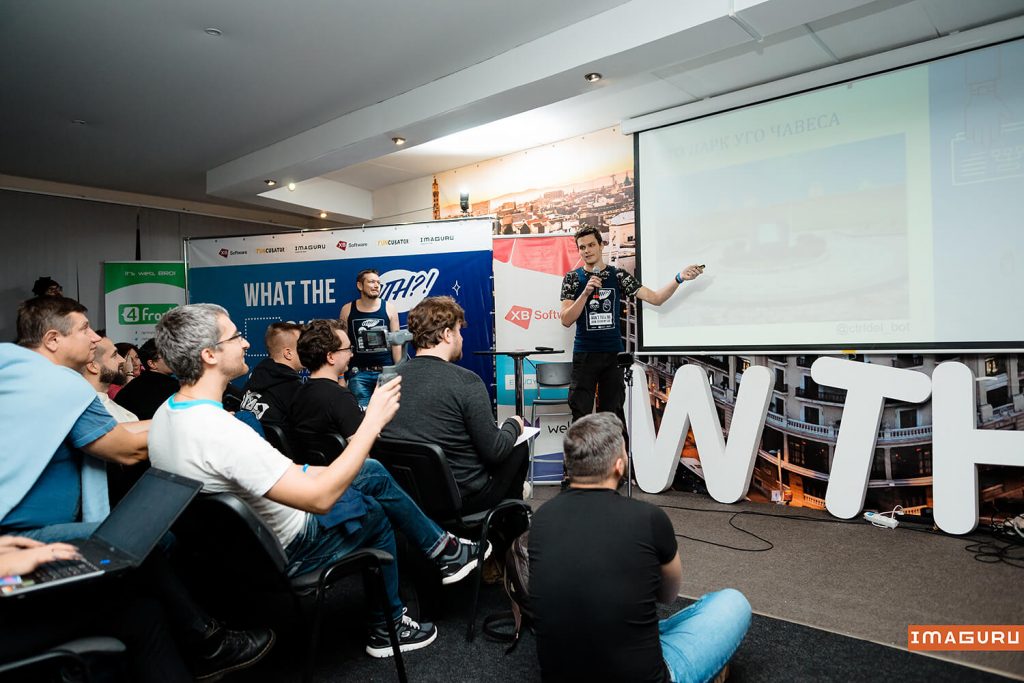 The app from the 25:8 team will be suitable for those who always forget to buy a bus ticket. If it happens to you a lot, this mobile application will help you to dodge ticket control. It sends Telegram notifications informing you about the position of conductors on your route.

The Most Massive Hack. The Alcohol Lottery 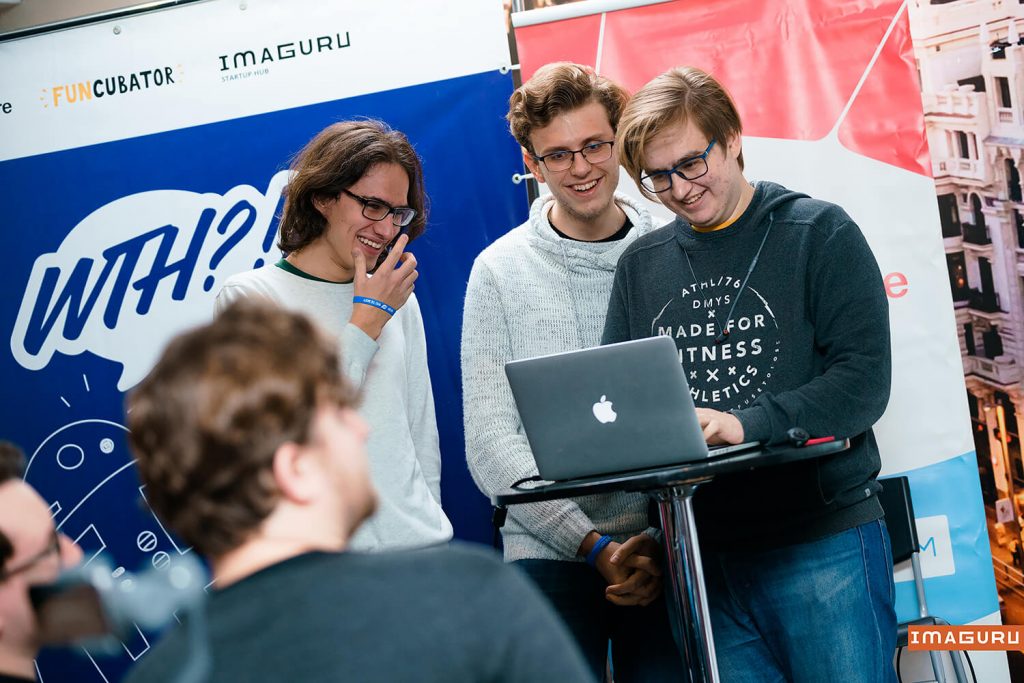 From time to time we face a strong desire to try elite alcohol that worth more than our annual budget. The NF Team has created a solution that allows getting access to such kind of pleasures for the price that is 100 times lower than actual or even for free. The website created by the team is an alcohol lottery. Users can make bets on particular alcoholic beverages using their own money. The system randomly chooses the winner that will get the desired prize paid by those who weren’t so lucky.

The Hack From the Most Beautiful Girl. Anti-smoking Mobile App 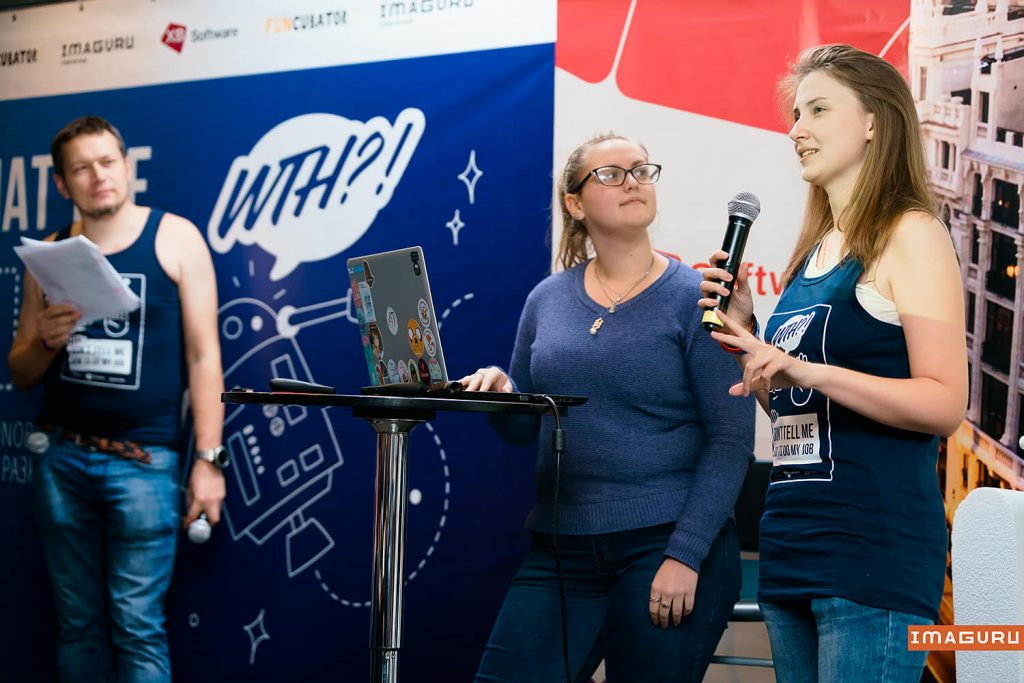 The Pipes team has created a demotivation system for those who are addicted to cigarettes. The mobile app constantly makes jokes on you for being a smoker. Before the start, you have to answer some questions such as the number of cigarettes that you smoke per day. On the basis of this info, the app will jokingly remind you how it’s stupid of you to spend time and money on such an unhealthy habit. Besides, the team members have thought about such an essential part of our life like socialization. The app contains a virtual smoking room that supports such features as the search for a smoking buddy near you and the opportunity to borrow a cigarette.

The Most Inexplicable Hack. Food is Love, Food is Life 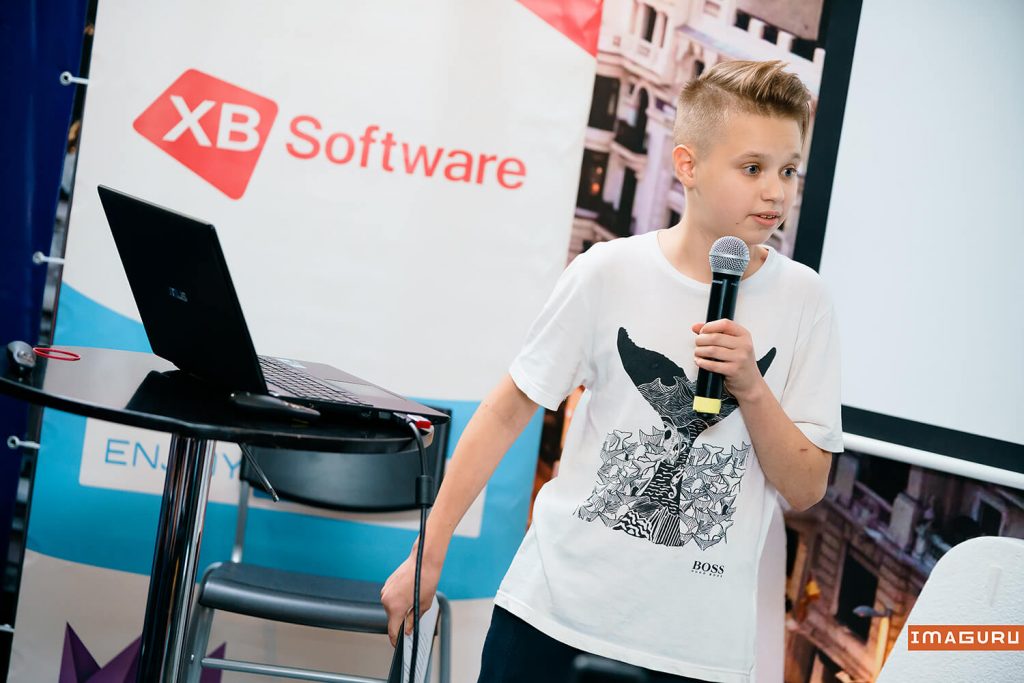 The app from the JUST RLOV EAT team is for those who love to eat. Thus, it’s for everyone. The team decided to create a food truck serving international cuisine. Creators describe themselves as a project for the youth that offers low prices for students. At the moment you can not order any food. But there’s something more important than the food itself. There’s a conception, a mobile website, and a group in social networks. Last but not least, they have a logo. 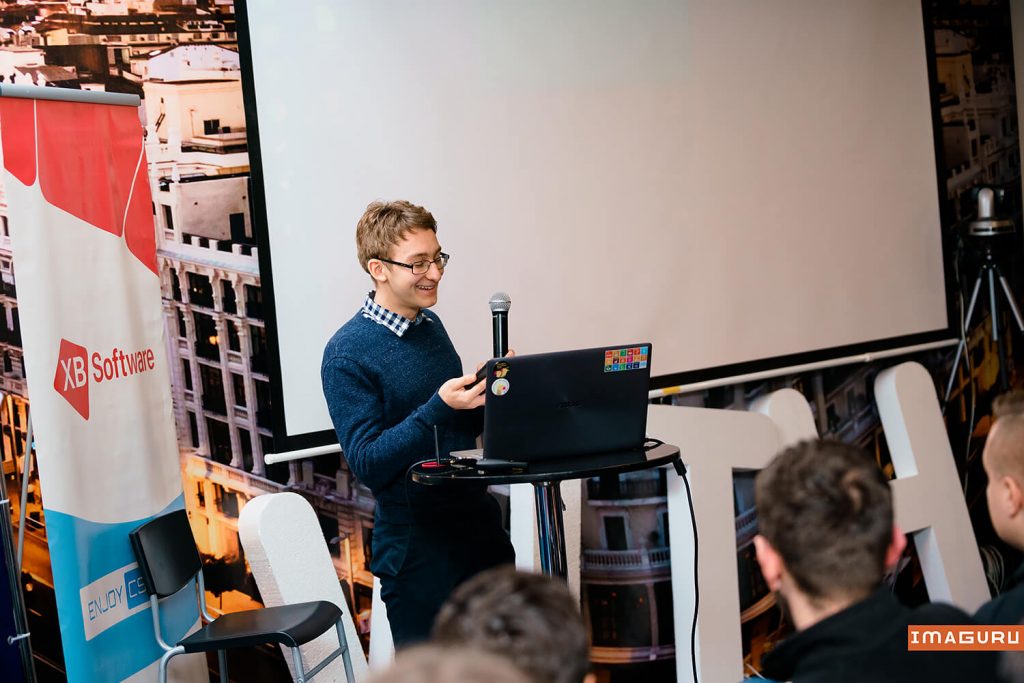 The project created by the Potatoes team is speech recognition and synthesis app based on a neural network. It allows synthesizing given phrases using the clips from popular movies. You can say a sentence on a microphone of your smartphone, and a speech recognition system will process it. After a few seconds, the system will compile a video file consisting of cut scenes from movies with the words containing the used text. The application area is… questionable. Ah, and don’t forget about the best part. Gaps in the video are filled with potatoes dancing to dubstep.

The Most Spectacular Hack. Take That, Jack Frost! 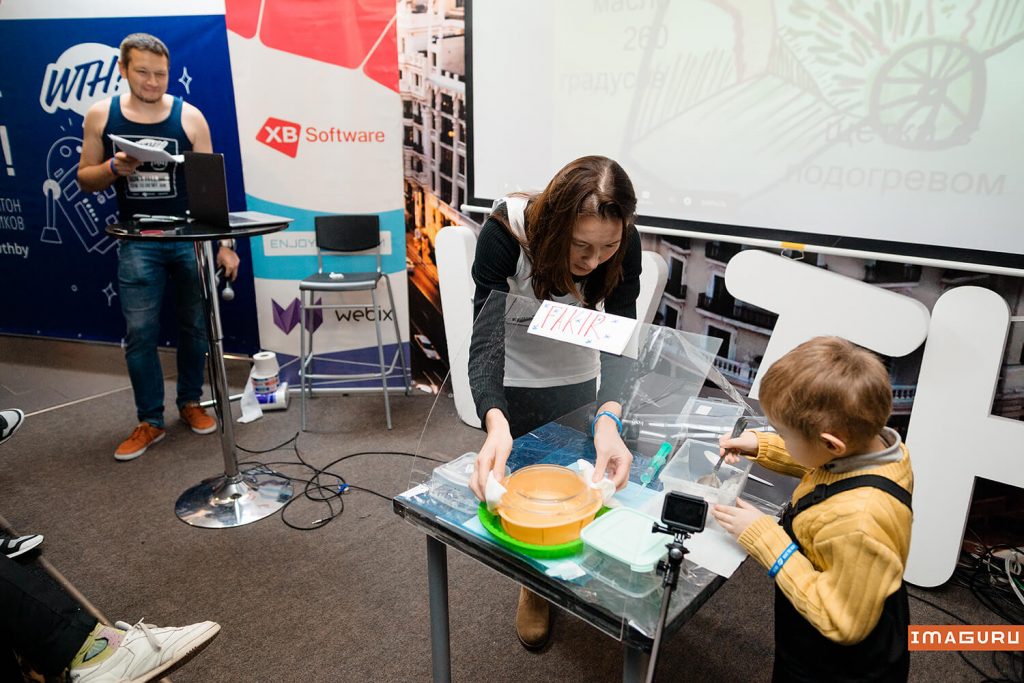 Everybody loves Christmas. But after it’s gone, all the snow becomes useless. It accumulates on the roofs, prevents cars from traveling, and makes city life unbearable. The Fakir team decided to fight back. The device that they have created is as small as a vacuum cleaner. It can rake snow and melt it inside a sealed tank using oil warmed to 260 degrees centigrade.

The Best AR/VR Hack. Kick Your Boss’s Ass in VR 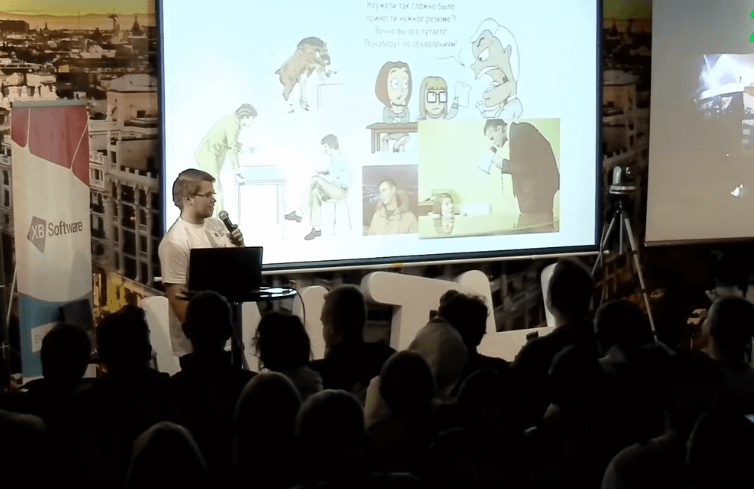 All of us have faced annoying bosses in their lifetime. You work as hard as you can, but they’re always unsatisfied. Most probably, there are those who are secretly thinking of how great it’ll be to smack their boss to get sweet revenge. But there is always this work ethic that doesn’t allow us to do so. The Reality Family team decided to change the state of things. Not the work ethic, but the very concept of revenge for the years of humiliation in the workplace. The team has used cutting-edge VR technologies and their imagination to create an app giving you access to the virtual world. It’s filled with punching bags on which you can place the photo of your boss or any other person that annoys you. It’s up to you what you’ll do to them. At the moment, there’s the possibility to restore justice by using such deadly weapons as kunai and rubber geese. 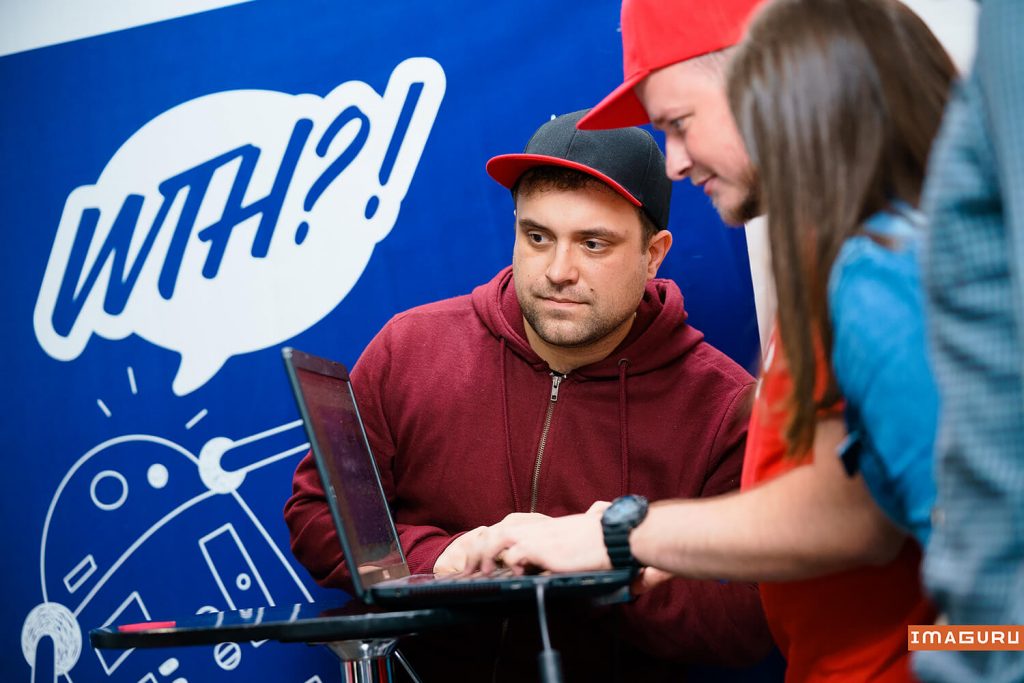 What The Hack is four years old and it still doesn’t have its record label. The Deep Hack team decided to change this dismal state of affairs and created a rap music video using AI. The neural network developed by the team members consists of two parts. The first one produces a background video while the second drops the beat. 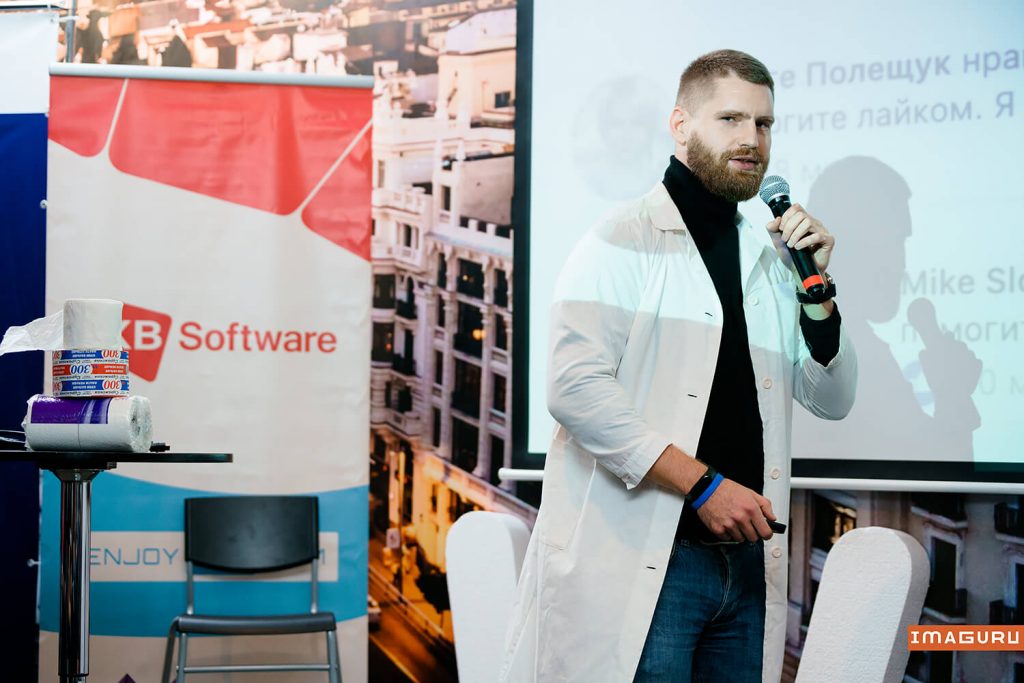 The team named The Winners has created a device for those who are obsessed with Facebook so much that they can’t stop using it even on the toilet. The team has created a toilet paper dispenser that supports social networks. The device solves two problems at once: provides you with the toilet paper when you need it the most and increases your socialization. Here’s how everything works. Imagine that you’re in a hopeless situation. In a paperless situation, to be more precise. You can create a new post on Facebook asking your friends for some help. By liking and commenting on this post, your friends can initialize the paper dispenser that will print the Facebook post along with all the warm comments of your friends on a piece of toilet paper. Warm comments, warm toilet paper, increased socialization. It looks like a win-win-win situation.

The Best Hardware Hack #2. Bring Some Intelligence Into the Vehicles 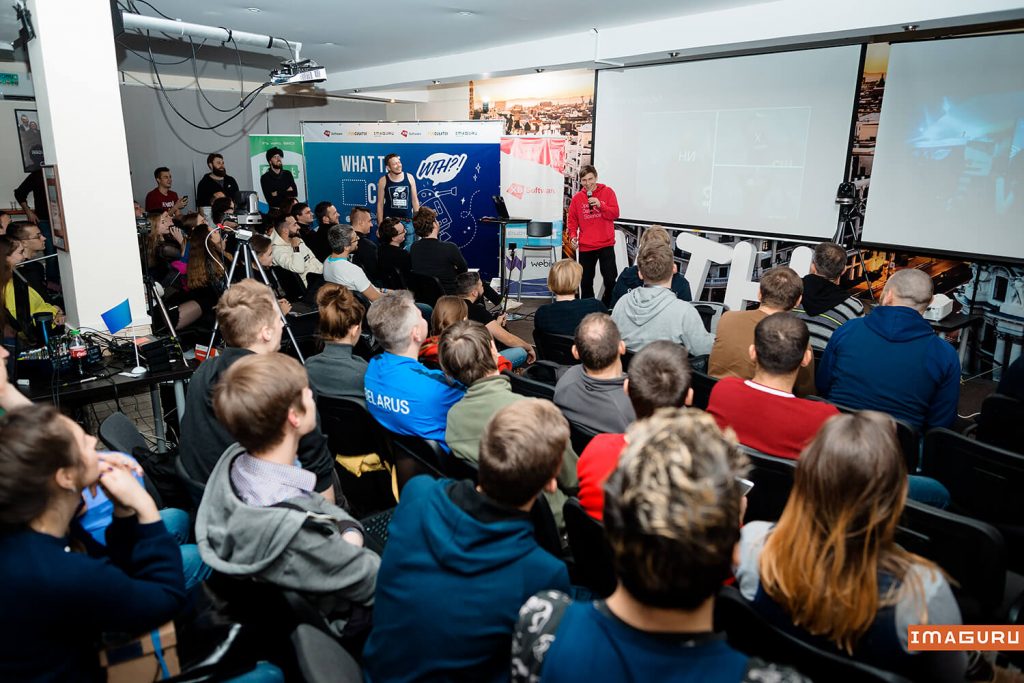 The team called Diploma for the hackathon got the prize for the best hardware hack for trying to implement AI algorithms for car engines.

The Most FUN-tastic Mobile Hack. What The Kiss? 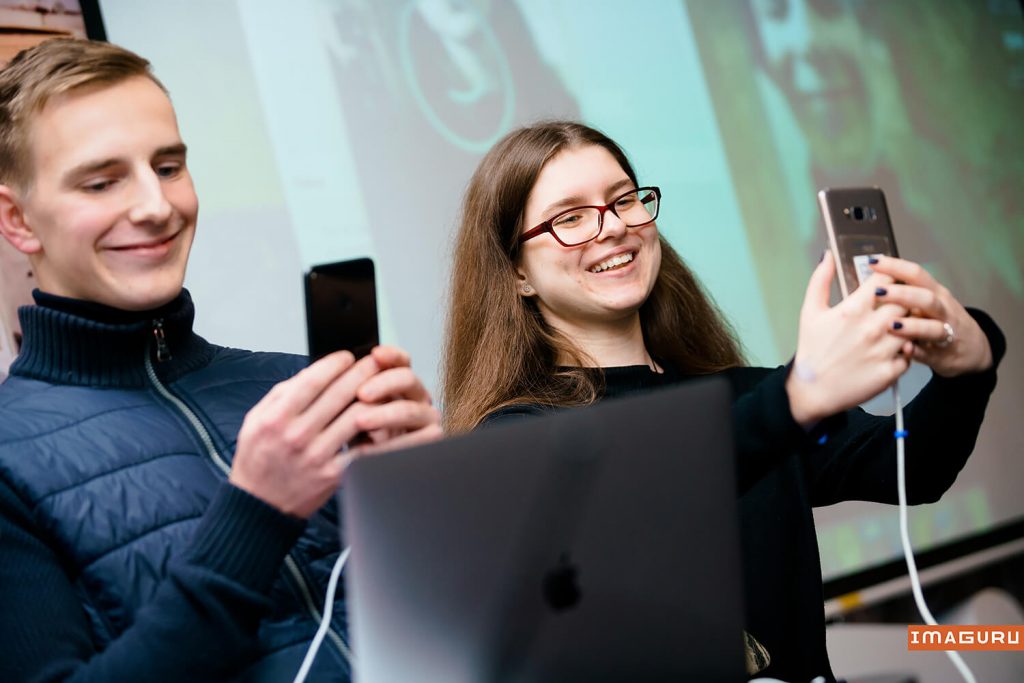 Long-distance relationships is an ordeal. Messengers developers try to help us deal with the issue, but sometimes even a live video chat is not enough. The team named What The Kiss created a mobile app intended to improve the exchange of feelings at a distance. The built-in face detection system can recognize an emotion that users want to share. With this app, you can send air kisses to your loved ones anywhere in the world. 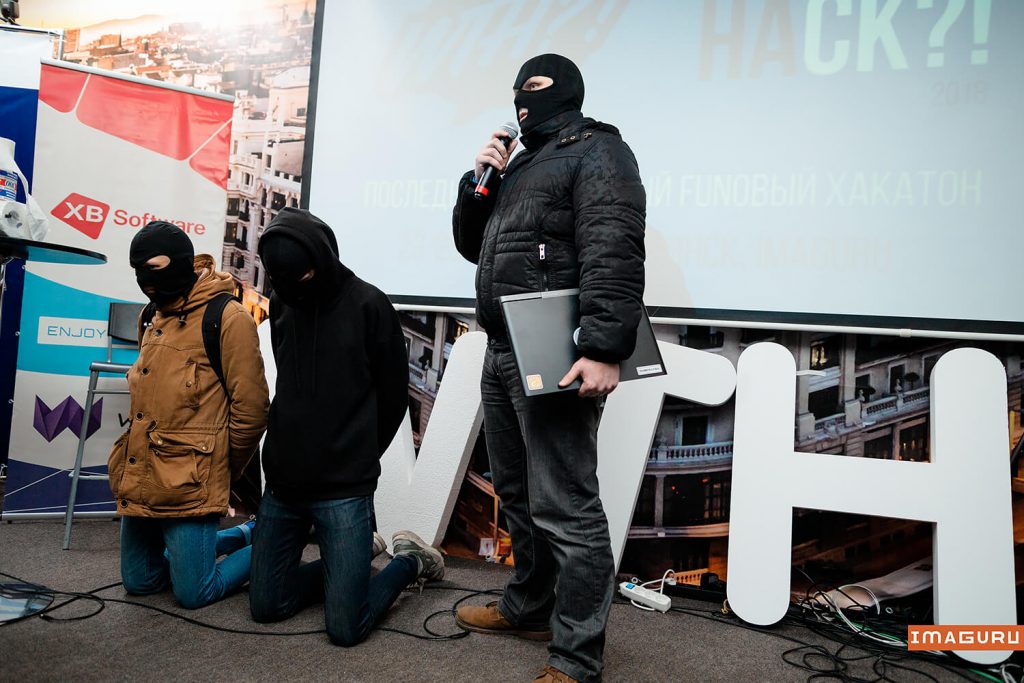 The team called “What’s Up, Fellas?” has decided to ride the wave of PUBG-like games popularity. Moreover, team members tried to make the project as topical as possible. They took into account the ever-present instability in modern society (yes, France, we’re talking about you) and provided their view on how a modern battle royale game should look like. As a result, they’ve created OM1, an old-school looking beat em’ up platformer about the confrontation between the rioters and the police. 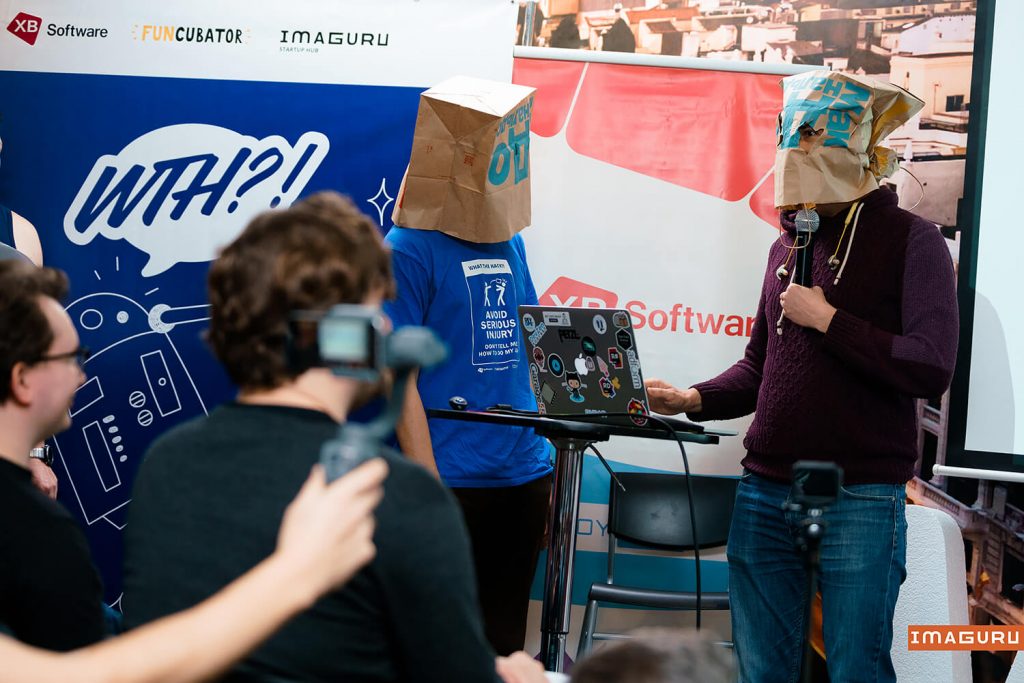 Theoretical knowledge is important but to get a high paying job in the IT industry, you must have some practical skills as well. If you want to demonstrate your potential employer all the practical skills that you have, there’s nothing more reliable than your GitHub profile. The BulbaHype team has created a new GitHub extension called GitHype that is intended to turn your lifeless profile into a blooming garden. All you have to do is to choose a trendy technology you want to specialize in. After that GitHype will modify your repository and turn you into a productive developer with dozens of commits. NOTE: do not use it in an actual CV.

The team named Swollen IT Guys decided to save the world from the people whose behavior contradicts the very nature of evolution and progress. We’re talking about… the runners. Think yourself. Thousands of years of evolution allowed people to avoid the necessity to flee from wild beasts so everybody can enjoy a glass of beer instead. But those fans of running, man. They just can’t stop and continue running like it’s still Pleistocene and the cave bear is chasing them. The Zhirrunner (Fatrunner) app is a result of passive resistance to this state of things. The concept is pretty simple. You open the website and click the Run button. After that, the app will generate a social media post informing all your friends about the results of your morning run. The fake running map is included. 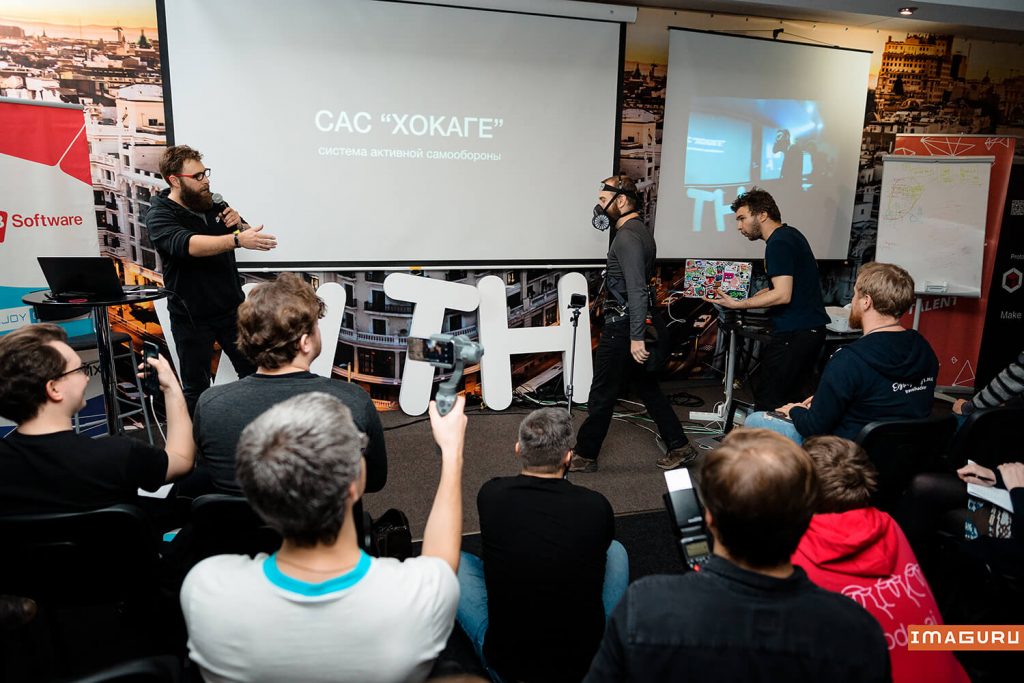 The team called DIRDSL has created the system of automated self-defense that will help you to become a Hokage. Basically, it is an advanced ninja costume. First of all, it’s black which makes it useful already, since you can be less noticeable and it’s a pretty cool skill for a ninja. The hardware supports gesture recognition and allows a user to get access to additional ninja superpowers such as masking smoke.

Permanent organizers and sponsors of What The Hack hackathon did their best this year to guarantee the best experience for all involved teams. XB Software, IMAGURU, and FUNCUBATOR have ensured that everybody is warm, fed, and in a good mood. Also, friends of WTH have prepared some awesome prizes for the most exciting projects.

The Fakir team got a special prize from the British Embassy for their environmental project. The 25:8 team got a $100 gift card from Eightydays.me to be spent on travel purposes. The Winners got a $300 certificate from the Make IT hackerspace. Also, the Diploma for hackathon got a $500 certificate from the same guys. The teams “What’s Up, Fellas?”, BulbaHype, Swollen IT-guys, and DIRDSL got certificates from the Clever Irish Pub.