The Benefits of Nearshore Outsourcing In Eastern Europe - XB Software

The Benefits of Nearshore Outsourcing In Eastern Europe

In terms of globalization more and newer IT outsourcing locations emerge on the map. The recent trends show that proximity, cost and language skills become the predetermining factors for many businesses that seek to outsource software development outside the country. That results in nearshoring gradually replacing the widely used offshore-onshore model. 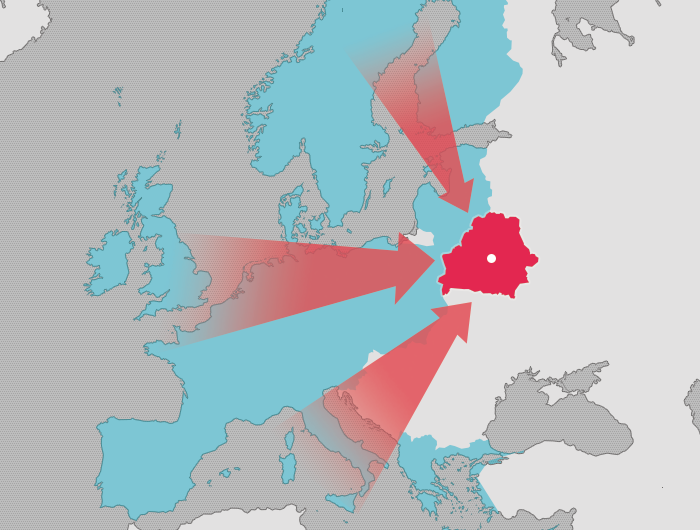 Offshoring is the outsourcing of business processes and software development from outside the home country to the third party or company that is set up as an offshore development center. This outsourcing model is connected with greater risks due to language barriers, cultural differences, and different time-zones but is usually selected because of cheaper labor costs.

Onshoring is the outsourcing of business processes and software development to any location in the same country as the buyer. It involves fewer risks but doesn’t allow saving up much.

Nearshoring is actually outsourcing of business processes and software development to companies located in nearby countries. It is especially true for West European businesses that prefer the East European destinations. Nowadays nearshoring is considered to be a good alternative to offshoring and onshoring.

In such circumstances, Eastern Europe (and Belarus in particular) becomes a preferred destination for many West European countries. Belarus demonstrates rapid IT market growth, lower prices and is situated within easy reach of most European countries (UK, Germany, Austria, Switzerland, Lithuania, and so on).

The main benefits of nearshoring are the following:

The biggest advantage lies in similar cultural values, which allows both vendors and outsourcing company’s staff to work in an atmosphere of complete understanding of development needs. That decreases the chances of misunderstandings that may pop up during cooperation and actually shortens time to market because development is streamlined and troubleshooting time is reduced.

A Pool of True Tech Geeks

Belarusian developers participate in mathematical olympiads and different programming contests and are usually ranked among the best. For example, Google Code Jam 2014, where a Belarusian web developer took the first prize.

Belarus is one of the regions with the greatest IT potential in the world and is considered to be one of the top 5 outsourcing destinations in Eastern Europe.

Time is one of the most valuable things, and nearshoring is a good way to save it thanks to the full overlapping of work schedules and proximity of a software outsourcing company. You don’t have to do all stuff such as recruitment and paperwork, administration, and legal procedures yourself. Your nearshore service provider will gladly undertake it, so you can focus on your project’s main goals.

If you are based in the UK, Germany, or any West European country, consider nearshoring in Eastern Europe. There are almost no time zone differences and it is easy to find suitable time slots during the day to discuss work issues via Skype or travel to have lunch together with your outsourcing partner.

There can be as many face-time hours between a project manager and the nearshoring staff as needed, which proves to be effective to exclude misunderstandings regarding the directions your project is taking.

For example, there’s only a 2-hour difference between Germany and Belarus, and a 3-hour time-gap with Great Britain.

Belarus IT companies offer lower costs for their services in comparison with other East European countries. The average salary of programmers is basically lower than that in Russia or Ukraine. That’s why many vendors try to gain on nearshoring in Belarus.

We’ve compared the actual salaries in the biggest IT pools in East European countries by region, technology and specialization. The chart* displays the average IT salaries for developers and other IT specialists with 3+ years of experience in Belarus, Ukraine and Russia as for May-June 2014. The data are taken from the popular IT resources dev.by  (Belarus), jobs.dou.ua (Ukraine) and  IT weekly (Russia) and other relevant local websites.

East European countries are all abiding by the same data protection legislation as in Western Europe. So, you can be sure that your customer’s details, invoices, and other confidential information are secure. Whilst offshoring to India or the Philippines, the most popular offshoring areas, can’t guarantee your data security and can wipe out any extra savings you made on offshoring.

*The chart is created with the use of Webix charts.