Julia Mitsiakina
Content Manager
Reading time: 7 min
0
Home Blog Prototyping in Software Development in Simple Words or Why Using Software Prototype Is the Way to Lead Your Product to Success

Having a new project in your mind requires proper preparation and engagement in certain processes. It is important to ensure that your development team is ready, your company has the needed resources, and everyone has a clear plan of actions. Software web development is a diverse process, so a project can be built in various ways, but not each variant can bring user-friendly functionality to your app. That is why we recommended creating a software prototype. In order to build the one that will help your team, it is essential to understand why prototyping is important in software development and what exactly it can give you. Therefore, let’s take a closer look at software prototyping.

Introduction to Software Prototyping and Its Difference from MVP and Wireframe 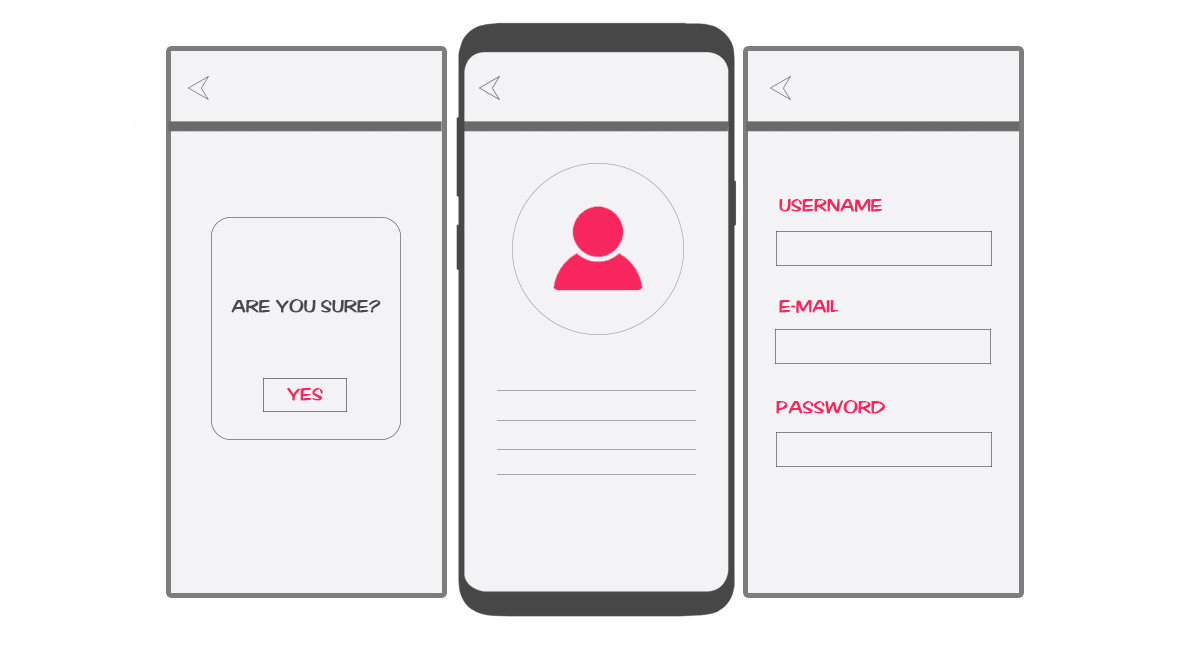 Understanding the definition of this term is vital, on that account, we need to dive into it more. So, what is prototyping in software development? In software development, a prototype is a simulated example of how the product will look like and function. And, software prototyping is the process of creating such a mock-up. It helps to extract the idea from your head and give it some physical form and functionality that will be shown as real and close as possible to the final product. Whether you quickly sketched it on a piece of paper during your lunch by including the features that will be possible to utilize or asked a UI/UX designer to create a digital version of your vision, this is a prototype.

Sometimes, software prototype can be mistaken for a Minimum Viable Product (MVP), POC (Proof of Concept) or wireframes. If you want to avoid this mistake, you need to understand the differences. A prototype is the lightweight preliminary version of an app, which is used for user testing and design feedback. It is basically the general ‘shape’ of your idea. Minimum Viable Product is also an early version of application, however it is usually more functional and is made with the core features only in order to test them. For example, Spotify’s MVP was launched with only one function: to stream music. There were no podcasts, mobile app, or simple playlists in it. Thus, an MVP version can be launched for a broader group of users in closed beta to test the product, while prototyping is mainly for gathering ideas and feedback.

As for the wireframe, this is even a simpler version, which can use placeholders and that focuses on the overall structure. It is usually considered as one of the types of a prototype. And, POC is more of a theoretical process when the team checks the feasibility of an idea.

If you decide to start with a simple design, you should also know that they can be of different types based on various categories. Depending on the type, you may need the help of UI/UX designers or other specialists. Some of the businesses even ask for assistance from those companies that offer UI/UX design services because of being busy doing other things. All in all, if looking at these categories, the following ones should be familiar to your team:

Deep Exploration into the Benefits of Prototyping and Possible Risks

One of the benefits of going for prototyping during the development process is that it ensures quicker and more efficient product design possible. It gives you time for making mistakes. Those who started with a prototype are able to test and iterate the app at early stages and avoid possible issues with time, cost, or amount of available resources. You can come up with solutions faster, which further leads to money and time saving. Besides this obvious advantage, prototyping improves any creative process and helps in shaping a team’s ideas. Every member of the team has all the rights to make suggestions and contribute their ideas in order to make the design of a higher quality and resolve specified problems.

Prototype greatly assists you in showing and explaining your idea to the stakeholders and users effectively, which is a good way of impressing your investors. It is especially useful for the organizations that are only starting their journey. For example, some companies offer software development services for startups to help with prototyping, wireframing, UI/UX design, etc. in order to let businesses fully showcase their ideas and find suitable sponsors. And the best part is that it is possible to adapt the result to your needs as well. It makes it a lot easier and faster to bring your idea into a successful project.

Of course, any product can face both positive and negative situations, which is why it is also essential to look for the issues that can cause fatal risks for your project. Some of the common risks that developers can run into are the following:

However, precautions and implementation of various testing steps can make it not so difficult to perform. It is just common sense. You can’t just dump everything to Lady Luck and let her deal with the advantages avoiding risks.

Every team decides what is the best for the business, for that reason we can’t force you to make a choice in favor of prototyping. Although, many developers use this method and find it very useful for the development process in general and the quality of the final product specifically. No one stops you from trying something new, and maybe it can become a regular approach for your company in the future. It is up to you to decide, but if you want to make a prototype for an idea you have and don’t have relevant specialists for the task, please contact us in order to get help from the experts.