Vue vs React: Which Is The Best in 2019 - XB Software
XB Software Blog

Both React and Vue.js frameworks have become extremely popular among JavaScript developers in recent years. According to the extensive survey conducted by StackOverflow in 2018, React is one of the top-three JavaScript frameworks. Vue.js, in its turn, received the highest number of stars on GitHub which demonstrates its rapidly growing popularity. 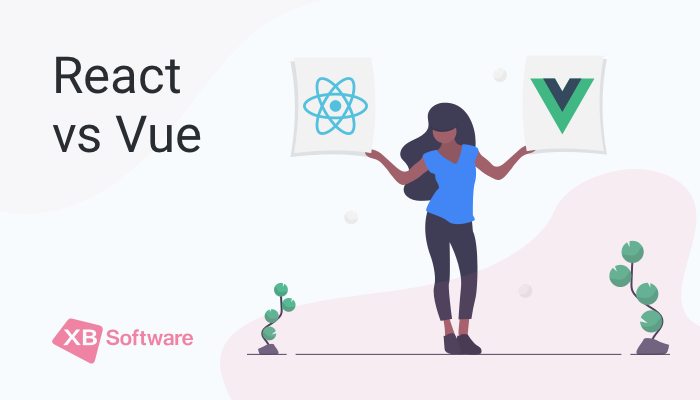 React and Vue.js were created for building user interfaces for interactive web apps. Both of them do their job pretty good. Therefore, it may be barely possible to say for sure which one is objectively better. But unfortunately, sometimes you have to choose between two excellent frameworks since it’s impossible to use both of them. In this article, we’ll make a brief overview of the main advantages and disadvantages of these frameworks to help you decide if React.js services worth your time and money.

Virtual DOM is one of the killer-features that provided the library such popularity. Long story short. DOM contains the description of a web document. Due to the complex nature of modern web apps, updating DOM may take time and cause a lack of performance. The Virtual DOM is a copy of a real DOM that this framework uses for updating particular parts of the web application without affecting the whole UI. Such an approach allows performing UI updates pretty quickly.

Due to some specific features of Single Page Applications (SPA), developers may face issues related to the proper indexing, which can lead to poor SEO experience. React developers can use isomorphic JavaScript that, among other things, can help to solve some SEO issues for SPA’s. A website built with the React framework can automatically detect if JavaScript is running on the client. According to the results, it can choose the way of representing content that won’t cause any troubles with SEO.

Another distinctive feature of this framework is code reuse that allows saving a lot of time on creating UI components. JavaScript developers can achieve more precise and ergonomic development process by creating isolated components that can change their state without any effect on the other parts of the app.

React has a vast ecosystem and provides an extensive collection of UI components. Developers can use one of these ready-to-use components which can help to cover the needs of almost any type of project without spending time on reinventing the wheel.

React is constantly evolving thanks to the Facebook support. Developers add new features all the time, which allows ensuring that you won’t deal with obsolete technologies. For example, the Fiber Architecture that was implemented in React v.16.0 allows using new rendering logic and provide a better approximation of the principles of animation. Unfortunately, such a state of affairs has its drawbacks. The environment is changing pretty fast so it may be hard for some developers to adapt to these changes.

If mobile development is one of your priorities, this framework can become an excellent choice. React Native allows developing web apps with an incredible level of performance. This framework can render components with native APIs directly, which results in increased productivity in comparison with PhoneGap apps, for example.

The React framework was developed by the Facebook company. At the moment, there’s a team of experienced specialists that regularly support React. Currently, the React team includes 10 dedicated specialists. Also, many developers from Facebook use React and can contribute to this framework.

Unfortunately, continually updating framework can be a source of some disadvantages. All these new features can become a headache for some developers due to poor documentation. The official documentation is not so detailed and well-organized as Vue documentation.

React uses JSX that can be considered as the fusion of HTML and JavaScript. The use of JSX can, for example, help to protect the source code from injections. On the other hand, JSX can become a barrier for new developers.

Vue.js. For Small Apps As Fast as a Shark

Vue.js is a relatively “young” framework, and its developers took better from other JavaScript tools such as React or Angular frameworks, for example. In the case of Vue.js, the coding style is a little bit similar comparing to its main competitors. Vue.js separates HTML, JS, and CSS, which is a traditional way of doing things, but it also allows using JSX just like React. Therefore, this framework doesn’t force developers to change their coding habits. The approach of Vue.js creators to the lifecycle of components and API makes its usage simpler than React.

The official documentation for Vue.js is written very well, detailed, and structured. It covers every topic that a developer should know.

Vue.js is a pretty flexible framework. It allows using the most basic features to build a full-featured web-based application. Also, if there’s the need for a more complex solution, Vue.js provides a wide variety of development tools out-of-the-box. For example, developers can use Vuex for state management, Vue Router for app URL management, or Vue Server-Side Renderer for server-side rendering. Such variety of tools makes Vue.js services not time-consumable and affordable for any company.

It may be hard to compare the performance of web apps built with different frameworks, especially if we consider that Vue.js supports Virtual DOM as well. Nevertheless, there are some curious data on JavaScript web frameworks benchmark showing that web apps built with Vue.js in most cases require less memory and run faster than those made with React.

Now, let’s take a look at the main features of using React and Vue.js in your projects.

The main features of the React framework:

The main features of the Vue.js framework:

Many specialists prefer Vue.js for creating small and fast web apps. In case of more complex projects that include mobile development, React can be considered as a preferable option. Vue.js allows using templates that make the development process much more comfortable and less time wasteful. Unfortunately, for big projects, this advantage of Vue.js can turn into a drawback. A large number of Vue.js templates can make the restructuring of an app pretty complicated.

Besides, if you plan to develop both web and mobile versions of the app, React will be an excellent choice. React Native makes mobile development very similar to work with React JS and helps to create full-featured mobile apps without deep expertise in mobile development. Therefore, if you apply for staff augmentation services, you’ll worry less about the skill set of developers.

XB Software content marketing manager and video editor. Every bit of content she produces on this site oozes with passion, intelligence, and resourcefulness. These key traits are sewn into the fabric of Victoria’s success. 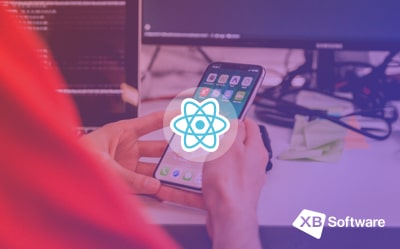 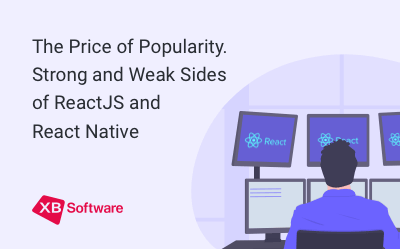 The Price of Popularity. Strong and Weak Sides of ReactJS and React Native 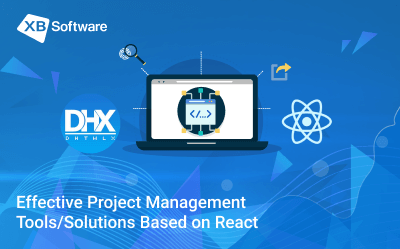 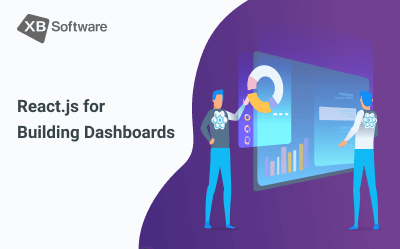 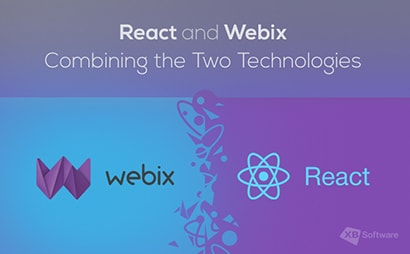 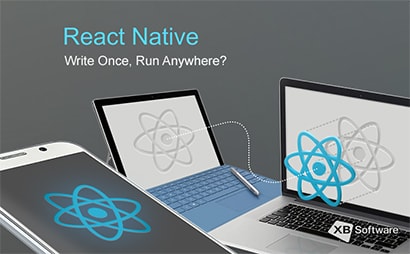 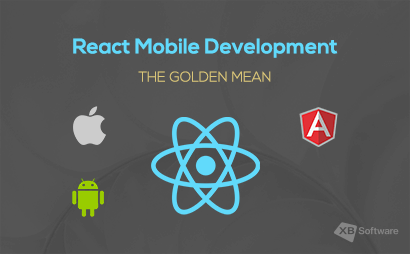 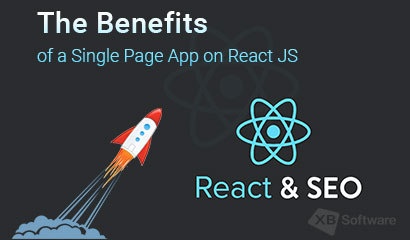 Isomorphic React and SEO: The Benefits of a Single Page App on React JS 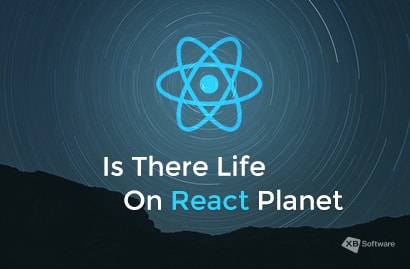 Is There Life on React Planet? 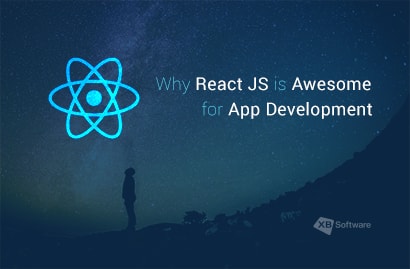 Why React JS is Awesome For App Development