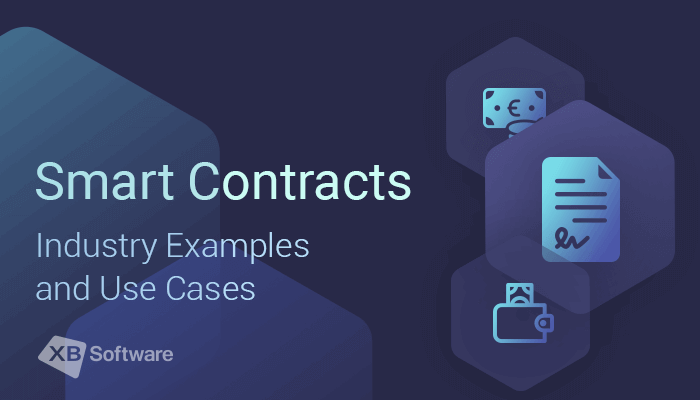 Modern technologies change our lives in many ways. Some of them provide us with new possibilities and allow to optimize the existing technological processes.

Nowadays, no one is surprised by robotic assembly machines that can implement the routine operations and tasks to optimize production.

One more interesting aspect of the cutting-edge technologies is the possibility to change the very concept of such fundamental parts of our lives as money and commodity-money relations. If you have not been in a state of informational deprivation through recent years, you probably heard about bitcoin.

We won’t bother you with reflections on pros and cons of this phenomenon. Mass media have already done it for us. Instead of that, we’ll consider the blockchain technology, a shared public ledger on which the bitcoin network relies. It has many use cases. One of them, which will be also discussed, is a protocol that intended to simplify the process of the negotiation and performance of contracts called smart contract.

Before answering the question of how to use blockchain technology, let’s check if it can represent any interest for those who don’t even use bitcoins.

Imagine that you want to send 100$ as payment for the provision of goods or services to a company from another country. You have to fill dozens of fields in a form. After that, a bank employee should transfer money from your account to another account in a bank for international transfers. Then, another bank employee can transfer your money to the agent bank which, in its turn, can make a transfer to the country where the company is located. At last, following the same chain of operations, your money goes to the account of the recipient company. Such task can take a couple of days in the case there were no mistakes on the side of the bank. Considering commission fees of all banks, the recipient party will receive 97$ or so. Here’s another inconvenience. All these days while your $100 travel around the world, neither you, nor the recipient company, nor any bank employee know anything about the exact location of your money and who keeps records. The possibility of unexpected server error, dishonesty of a bank employee, or a hacker attack should also be taken into account.

In order to overcome the described disadvantages, you can use blockchain. It’s transparent, fast, cheaper, and more easy to use. Moreover, you can use it not only for money transfers. It can be used with any data that can be sent or received. When you use blockchain to send some valuable information, data indicating such transmission can’t be changed or falsified since it is confirmed by hundreds of thousands of computers around the world. This network also contains multiple copies of your information, which can be verified by any user at any time. The whole transmission process takes a few minutes and costs much cheaper than a bank transfer. If you store money or any other data in the blockchain, you can be sure that records will never be lost or falsified. Blockchain provides info of who owns what, so any participant can make sure of your financial solvency any time. All this information is protected by heavy-duty encryption.

How Blockchain Can Improve Existing Technologies

For the last few years, the number of applications that utilize the blockchain technology has grown exponentially. Its capabilities proved useful in many different fields such as gaming, insurance policies, music industry, medical records, investment funds, advertising, etc. Hundreds of startups, big and small, rely on blockchain to guarantee the safety of user’s data and change the habitual view of things.

For example, applications created to find and rent housing can significantly simplify the process of proving the level of your income to a landlord. For a potential tenant, there’s no need to provide access to entire credit history. Blockchain allows disclosing only the minimum amount of information required. And a landlord, in its turn, can be assured of the reliability of the data presented.

As it has been said, blockchain allows attaching any information to enter. It doesn’t matter if you want to buy a car, a house, or a yacht. Blockchain allows sharing the info on where your potential purchase came from, the history of repairs and investments, and so on.

Blockchain can be used to guarantee that results of clinical trials won’t be changed by pharmaceutical corporations to fit desired results. Creating a unique identifier for each clinical test and registering it in a blockchain, we can guarantee its safety and integrity. In the medical field, blockchain can also be used to ensure the correctness of prescriptions for drugs.

It may seem that besides the bitcoin network, blockchain can find its use only in startups of varying degrees of prospects. But the truth is that this technology attracts the attention of banks, financial corporations and even governments of large states. Sweden is currently testing the possibility to use blockchain as a technology that will allow digitizing parts of land registries. Dubai announced that all government documents should be secured with blockchain by 2020. Such step may be considered as a prerequisite for agencies to stop using paper sooner or later.

As you can see, the blockchain technology can find many uses. It can simplify the process of house renting and even change the way of documentation processing on a national scale. Among all the life-changing implementations of the blockchain, there’s one that we want to discuss in more detail. We’re talking about smart contracts.

A smart contract is a blockchain based protocol which was designed to improve the way we work with contracts. A “block” in this case contains the logic of the smart contract. It’s a software-generated container that gathers together all the info related to a particular contract, such as inputs and outputs of the smart contract logic. Smart contracts allow reducing costs since you can get rid of intermediaries. The terms of smart contracts can’t be misinterpreted since the code will be executed in full accordance with the determined logic. There’s no need for multiple intermediaries that have to approve transactions, so you can forget about the middlemen fee and delays.

If you produce, buy or sell goods, the possibility to make each step of a supply chain more transparent may improve your business. Smart contracts allow tracking product movement from the factory to the store shelves. IoT devices can write location data straight to a smart contract, which allows simplifying the tracking process. Such feature provides real-time visibility of an entire supply chain. If sent goods stuck at customs, you’ll know about it immediately. Advanced tracking allows reducing the risk of fraud and theft as well.

Smart contracts can be most useful in the cases when the claims process takes a significant amount of time, which is a typical problem with insurance policies, for example. The work involves many manual operations and requires a lot of human action. For a customer, such state of affairs leads to additional costs. Insurance policies can be automated with ease with the use of smart contracts. The blockchain can contain measurable parameters such as earthquake magnitude, for example. When there’s an insured event, the input conditions of a smart contract will be changed accordingly. As a result, the claims process will be triggered immediately, and the financial payout can be delivered to a customer without any delays. The need of human-driven intervention is reduced which allows reducing costs.

Smart contracts can be used for trade finance as well. Usually, the process of Letter of Credit issuance requires a lot of paperwork and coordination. The necessity to handle with tons of physical documents can significantly delay shipment receipt. Both buyers and sellers can benefit from using smart contracts since this technology can mitigate risks and improve process efficiency.

Smart contracts can also help with the royalty payments issues in the entertainment industry. There’s a commonly known problem with determining who owns the rights to a particular song or any other work of art and how to guarantee that every person who is legally obliged will receive royalty payments. A smart contract solution can help tracking all ownership rights. Any data change requires the approval of all parties on the network which ensures trust in ownership. As all participants know who owns what, the smart contract can be used to ensure that a royalty payment will be generated automatically and paid without any delays. Such transaction is broadcasted across the blockchain, so any stakeholder can instantly reflect this on his accounting.

If you want to implement smart contracts for your business, there are two main options for you. You can either rely on a software development company that knows better how to deal with it or use a smart contract platform such as Ethereum.

Ethereum is an open-source, public platform which is based on blockchain and allows implementing smart contract functionality.

Smart contracts can be written with the use of different programming languages. You can use Solidity, a language library that looks similar to C and JavaScript, Serpent, a language similar to Python, LLL, a low-level Lisp-like language, or Mutan, a Go-based, which is considered as deprecated. Then, smart contracts can be compiled to EVM bytecode and deployed to the Ethereum blockchain. Thus, a smart contract is the rules for a contract written with the use of computer code and look like this: if the event X happens, then do Y. Ethereum based smart contracts can manipulate inputs and provide outputs, store data, interact with other contracts, reuse their code, etc.

Smart contracts can significantly change the economy as we know it. They can take over most routine business processes that take time and resources. For example, smart contracts provide a possibility to create virtual companies that are no more than a bunch of smart contracts. Such option can be pretty convenient for small businesses with low income. Etherium allows creating and using such structures called ICO’s (initial coin offerings). You can run a startup, set up a smart contract on Ethereum, and publish a white paper online. If you find an investor, he can send you so-called ether, the value token of the Ethereum blockchain which can be traded like shares. More than 550 million dollars has already been invested in ICO’s.

Thanks to decentralized nature of the blockchain technology, smart contracts allow participants to achieve an agreement without involving any intermediaries. In the case of dispute, there’s no need to pay a fee to a bank or lawyer. The terms of a smart contract are written with the computer code, so it can’t be misinterpreted. The Ethereum platform allows you to create your own smart contracts that better suits the needs of your business. If you don’t have any experience in programming and want to want to rely on a team of professionals, you can pay attention to smart contract development services.

To strengthen business operations security, our software development company can build high-end smart contracts and blockchain based DApps on Ethereum.

XB Software content marketing manager. She is passionate about everything related to Marketing&Digital, always open for new, creative and crazy things. 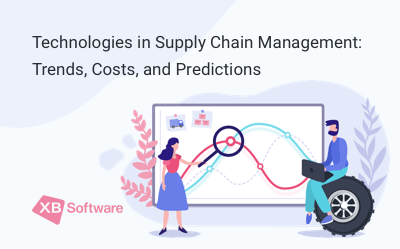 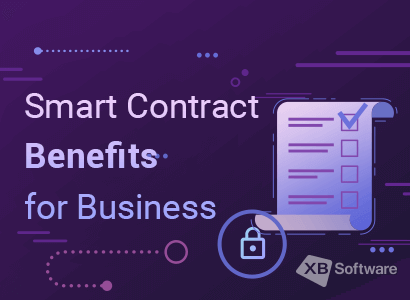 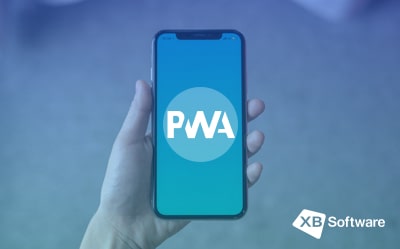 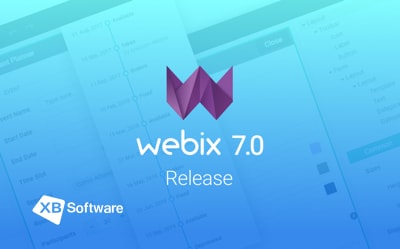 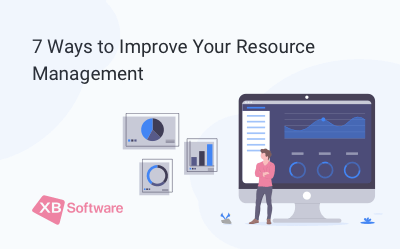 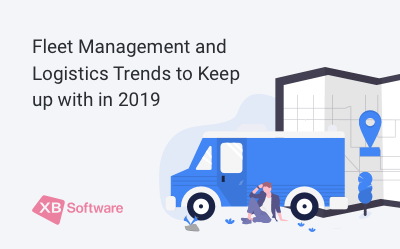 Fleet Management and Logistics Trends to Keep up with in 2019 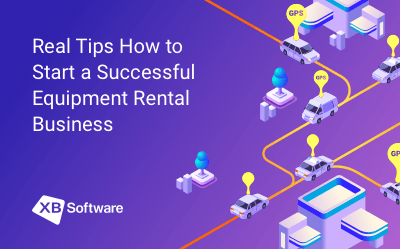 Real Tips How to Start a Successful Equipment Rental Business 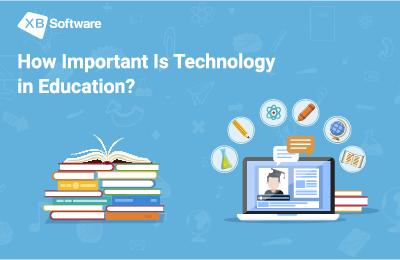 How Important Is Technology in Education? 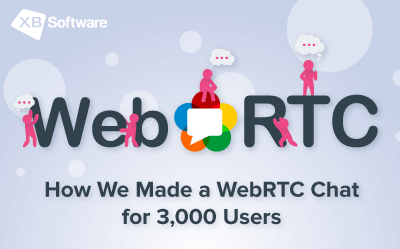 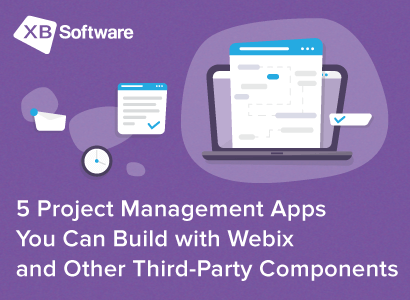