Software Bugs: When Repellent Won’t Help You with Bugging Situation

It is impossible to create something at least close to perfection without failing from time to time in the process. After overcoming struggles and having a tough time, the victory is even sweeter than you could imagine. The same feeling takes place throughout software development or when creating a website. Coding is difficult because of all the changes that are constantly happening with programming languages, frameworks, and libraries and because of the unexpected bugs.

Technologies are constantly changing, developers gain new skills, and the custom software development services provided by outsourcing companies evolve as well. As a result, new issues and bugs may occur. That is why it is essential for developers to stand guard over the applications they create. In today’s article, we will take a closer look at what software bugs are and what bug fixing techniques can be used during the full life cycle software testing phase. We will also cover the differences between types of software bugs, look at where bugs can come from, and how much your company might pay for the software testing and QA services when you need help throughout the development process.

Contents
What Is a Software Bug and Bug Life Cycle?
Different Types of Software Bugs
Where Are the Bugs Coming from and How to Deal with Them?
Cost of Fixing Bugs
Conclusions

What Is a Software Bug and Bug Life Cycle?

Bug-free application is a dream of any developer, which is why different software testing methodologies exist. They are deeply rooted in project management and follow such approaches as Waterfall, Agile, and more. There is a wide variety of techniques that are intended to help you find the maximum number of bugs possible to ensure proper and stable work of a solution so that it reaches the customers successfully. In order to understand how to deal with bugs and see the reasons for their appearance, it is important to start with the definition of a bug in software.

A software bug is basically an error in a system that is causing incorrect functionality and can even make your product impossible to use. Any unusual behavior or invalid output that was not intended in the beginning of the coding is the consequence of such an anomaly. These defects are usually human-made. But, there are also sudden cases when, for example, something happens with the hardware and an unpredictable shutdown can affect the functionality of a project.

Read Also There’s No Such Thing as Too Much Testing. What’s DAST and How it Helps Improve Security

A software bug undergoes several stages from detecting it by a tester to eliminating it and ensuring that it won’t happen again. This process is known as bug life cycle, and it includes several phases. 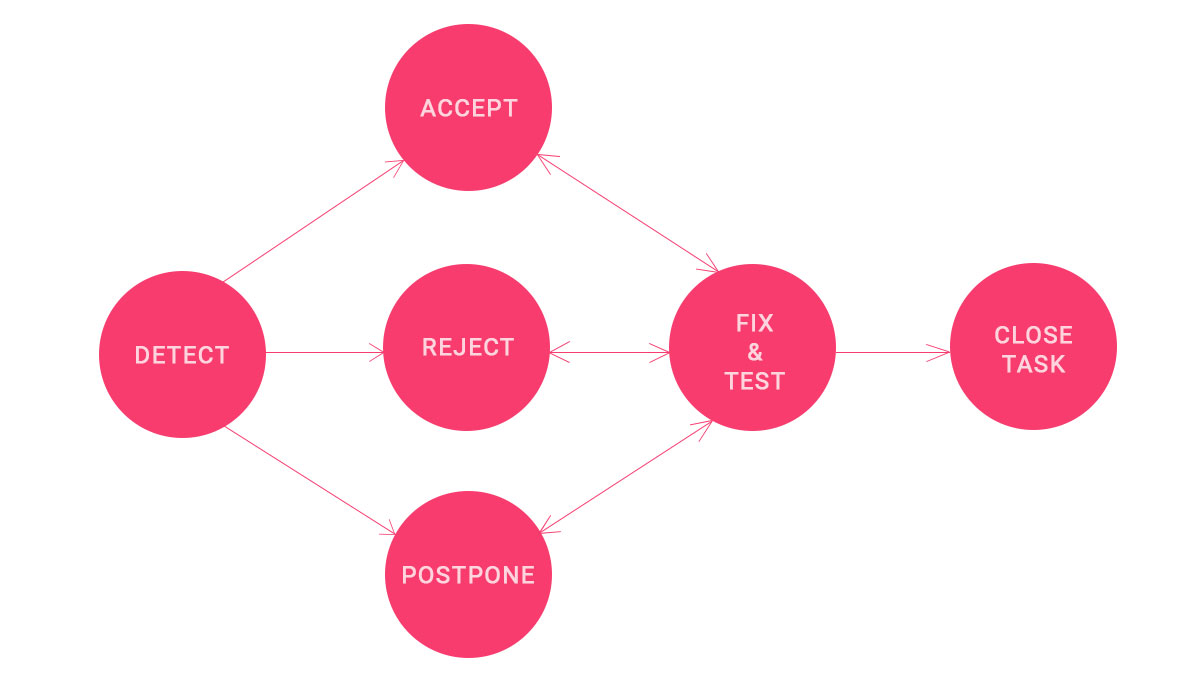 When facing the bugs, you need to know that there is a wide variety of software bugs. Let’s look at the most common ones in order to know what you can run into:

There are even more types of bugs that can be found throughout development and after you release your project, so it is vital not to omit the testing stage and keep the quality assurance specialists within arm’s reach.

Read Also Tips for Improving the Quality of Software

Where Are the Bugs Coming from and How to Deal with Them?

If you want to avoid any defect in your software or at least minimize the bugs, you need to know how to find bugs in software and where to even look for them. To know how to act, let’s look at which factors can cause bugs.

One of the common reasons why a bug can occur is when the development team or testing team that is working on a project includes members who have low level of expertise or are incompetent. In order to prevent issues in this case, project managers have to ensure that the experience level of developers and testers is suitable to the difficulty of a project. It means that it’s better to include Junior specialists into the easier projects and get help from vendors that offer IT staff augmentation services to enlarge your in-house team with seasoned professionals when your product requires in-depth participation and hard tasks.

The communication and effective collaboration between teams and stakeholders is vital during any of the development stages. The better understanding of what each participant has to do, the closer your software will be to success. Misinterpretation of requirements, unclear goals, and disconnected tasks lead to failure, chaos, and complex workflow management. That is why all needs should be stated at the beginning of development, and any vital detail should be mentioned right away. 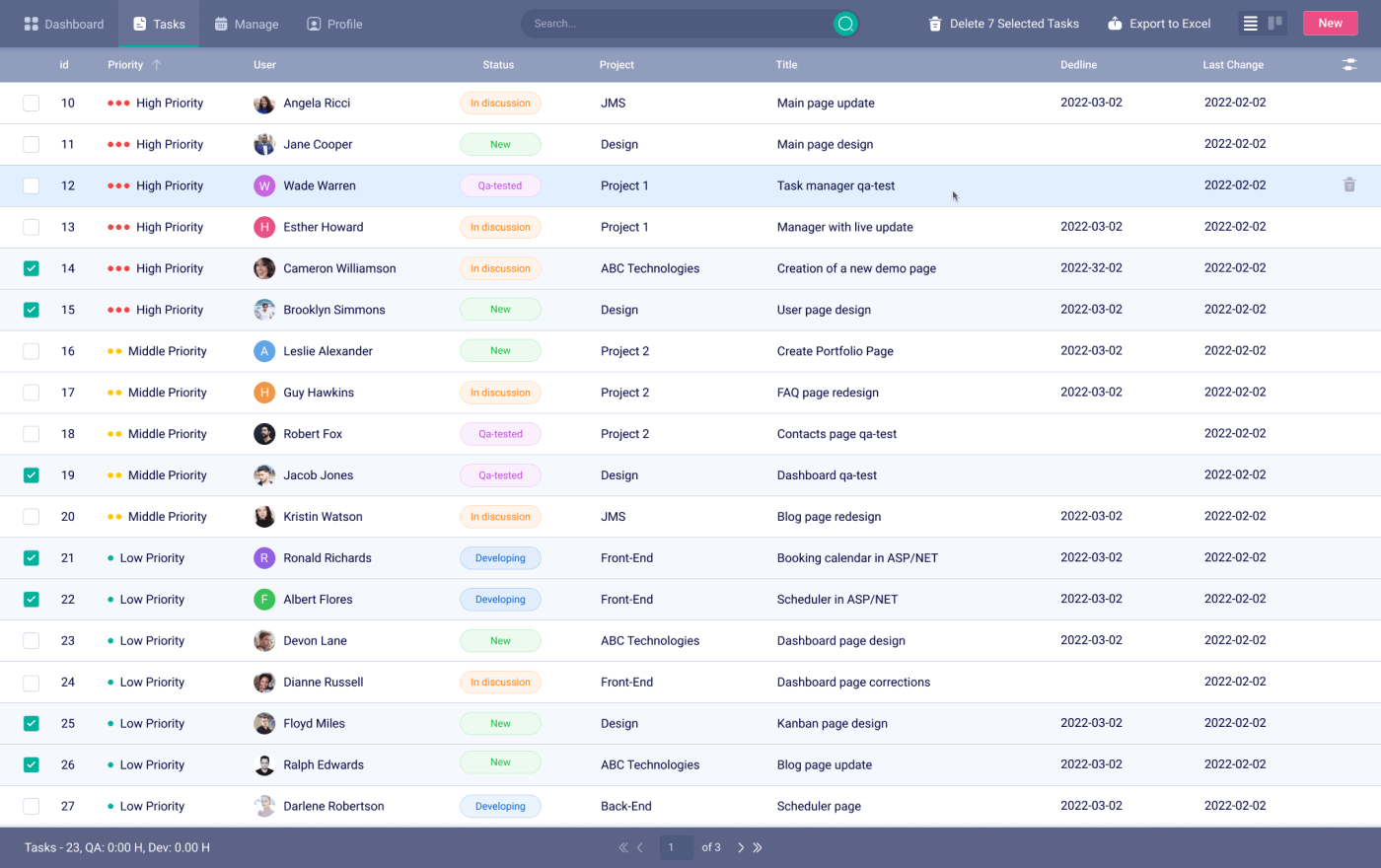 Having documentation that is easy to understand and easy to follow is a key to success. If the code hasn’t been well documented, there is a high chance that software bugs won’t keep you waiting. Every effort should be documented properly, especially if the code is overly complex. Thus, other developers will have clear instructions of what needs to be done and what is the proper way for it.

It may be hard to find the tools and libraries that are compatible with your project if you want to increase the development speed. Incompatible widget or unknown tool can bring disaster to the whole process, so it is important to use the ones that are well-known, have constant updates, and compatible with several operating systems.

If you don’t want to harm your software, you can use our product that gained the trust among our clients from various industries. Webix JavaScript UI library is a multi-widget bug-free solution that helps you to build mobile and desktop web apps compatible with HTML5 and CSS3 and speed up the process. Its widgets can be used in data visualization, data management, layout building, and more, which makes it the best third-party tool that you can utilize in the course of the development stage. 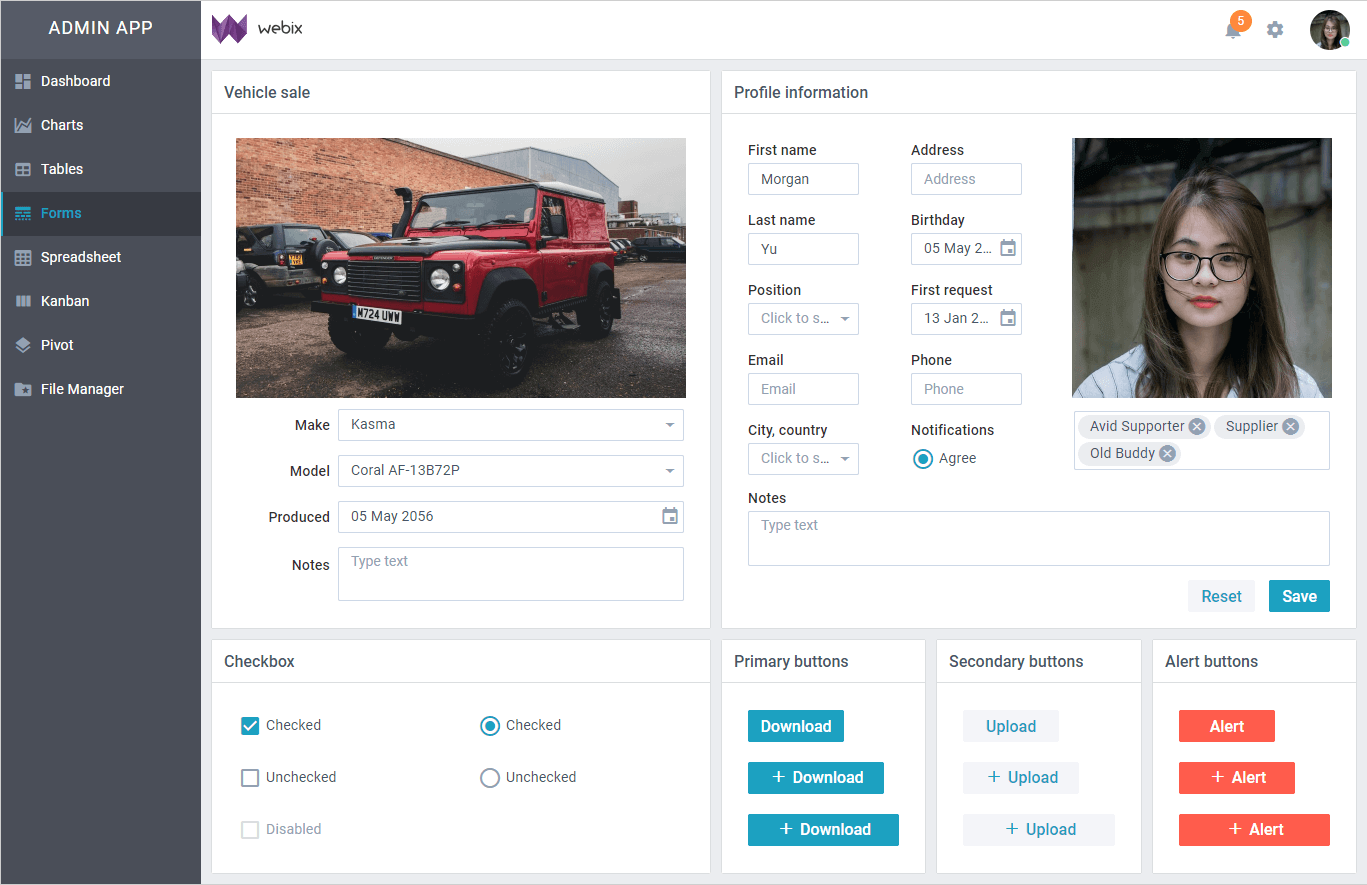 These are the most common factors that have influence over the quality of the software development procedure, and a team can face more of them. The requirements may change, time pressure and deadlines, inability to track development and test execution progresses continuously – any of these other reasons can cause bugs to appear.

If your testing and other teams tried to prevent the occurrence of software bugs, but you run into them nonetheless, it is time to provide required resources for the fix. When you are not planning to hire a dedicated team of developers, it is all up to you how you deal with the issue. And, in this case, you need to be ready in advance and decide how to allocate the available resources during the entire development process. If you want to split responsibilities between the in-house team and outsourcing team, it all depends on the type of the contract you choose.

If you go for the Fixed Price option, usually, you need to be ready to cover the costs for feature bugs throughout the active development and post-production phases, while the vendor will cover the costs caused by other issues unless otherwise stated in the contract. If your deal requires the Time & Material contract, you will have to pay for feature bugs, bad updates, errors of developers’ own doing, and critical production defects during both active and post-production development stages.

Read Also Cannot Decide on the Right Type of Contract? The Answer Can Be Found Easier Than You Think

Software bugs are a part of development. They can be annoying and can cause negative effects on your product and company’s image, but sometimes it is impossible to completely avoid them. That is why it is vital to be prepared, use suitable and trusted development and testing tools, and have seasoned experts under your wing. If your team does everything right, there is a high level of communication and understanding between all stakeholders, then there is nothing to be afraid of. If you want to enlarge your current development or QA team and need help with your project, contact us, and we will be glad to assist you in your journey.